I’m supposed to be writing an essay this week, but I’m bone tired and so have spent most of it pointedly not. Now I am far from the first person to suggest that 2018 has been an exhausting year. I am so exhausted by it that I will not bother to go back through my Twitter feed and find the people who said that. You’re going to have to take it as an article of faith, or just reach inside yourself and experience your own tiredness, which if you don’t have after this year, please give me your exercise or medication regimen. But since, as Umberto Eco said, “we like lists because we do not want to die” (which I read in Liam Cole Young’s excellent List Cultures), instead of writing that essay I will instead write this list of what got me through this hellscape year.

It turns out that once you start listening to the Great Thunder EP you can never stop. Katie Crutchfield’s lyrics rank with Joanna Newsom’s and her melodies are pure beauty. This is an EP of re-recordings from some of her earliest songs, and they have the wistful urgency of flipping back through the dedications in a high school yearbook.

2. The final season of The Americans

God I loved this show so much and I’m glad that the showrunners got to take it home on their own terms. Special moment in my heart for the sequence early on where Keri Russell’s getting Secret Orders as a Peter Gabriel song rises to deafening volume, washing out the Russian dialogue but not the English subtitles. Your fav could never.

You know what’s great? Cocktail bitters. You know what’s also great? Absinthe. And you can’t drink absinthe every day, because that’s just a bad choice. But you can toss wormwood bitters into pretty much anything (including seltzer) and get some of those sweet, sweet anise vibes. I got these at a bar in Portland, ME.

I have long regarded Blake Lively as Gwyneth Paltrow’s non-union Mexican equivalent, but A Simple Favor revealed that she has one thing that Paltrow lacks: a sense of humor. Give whoever made her suits all the Oscars.

After a couple years of dicking around I dragged myself to the dentist in January to discover that I had a [REDACTED] number of cavities that would cost a [REDACTED] amount of dollars. My partner made me buy an electric toothbrush immediately afterwards and it seems to have helped. May 2019 be the year that you also get your dental hygiene under control.

Trust me, it’s like Mexican coke vs. American coke or Italian Nutella vs. everywhere-else Nutella. I drink illegal quantities of imported looseleaf Twinings Earl Grey. Perhaps there are better teas out there but I wouldn’t know, because we went ahead and bought two kilograms of it to save on shipping so I’m only allowed to drink this for the next three years.

7. You Can Food Process Cheese

Have you heard the good news?

No longer are you yoked to the tyranny of the box grater for 1) mac and cheese; 2) nachos; or 3) pimento cheese. All rejoice.

8. This trap remix of the Luigi’s Mansion theme

I don’t even know how I found this. I decided to replay the Luigi’s Mansion games in October and must have stumbled down some very stupid YouTube search. But it legitimately slaps and I have not been able to resist putting it on all my party playlists since.

Here’s what you need to know about Destination Wedding: it’s not a good movie, but I am glad it exists. It is a thought experiment in what the teenaged protagonists of snarky talky 90’s movies might be like as adults, and its answer is unremittingly grim. You think going into it that it’s going to be like The Lake House or some other Keanu rom-com fare from the 2000’s. You would be wrong.

10. This picture of Agatha 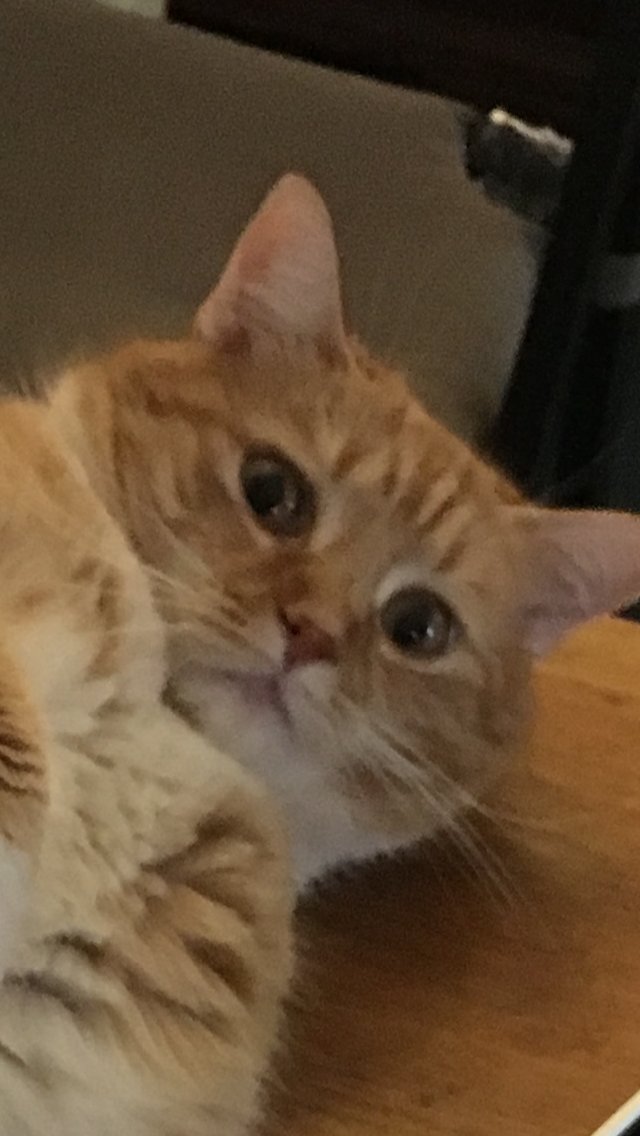 I took this picture of Agatha while rehearsing for my qualifying exams presentation and I immediately made it my phone background. Whenever I get down, I look at it and absorb its powerful energies.

It’s like playing Whack-a-Mole, but for Twitter. Is it effective? Not really! But occasionally you’ll get really strange promoted tweets, like the one I saw where a dude claimed to be a reincarnation of the sun god Horus. Because if you’re going to have to see advertising at every turn, everywhere, at all times, they might as well be from the sun god Horus.

Dirty Computer is an excellent album that will be nominated for and then lose every major award next year. “Make Me Feel” is the Official Bisexual Anthem, and for that I am eternally grateful for making it a goddamn jam.

Look, the movie was pretty wonderful (great gowns, beautiful gowns), but for some reason it’s the memes that have stayed with me the longest. Here’s a good collection. They’re not particularly great! But the heart wants what it wants.

There’s just so much that Le Guin gave us over her rich career. But I’m a cat owner now, and a very devoted one at that, and so what’s been sticking with me this year is her absolutely adorable and wrenching “autobiography” of her cat, Pard. This part, when Pard comes home from the shelter, kills me:

15. The soundtrack to Celeste

Celeste is a gob-smackingly difficult game, and I am not very coordinated, so I have not finished it despite many months of trying. But what keeps me coming back isn’t just its well-designed challenges, but its masterful soundtrack, which is coincidentally the perfect music to clean one’s house to.